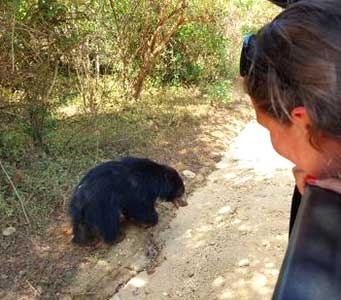 With leopards and elephants becoming the key attraction in nature-based tourism, the sloth bear, commonly referred to as the Stickney bear or labiated bear is another powerful carnivore in Sri Lanka’s jungles which attracting its own fan club. Black in colour and with a thick heavy coat of fur, the Sri Lankan sloth bear is similar in nature to the sun bear and the best place to spot in the country includes Yala National Park, Wasgomuva and Wilpattu. Wasgamuwa is said to have the largest bear population estimated at around 50 – 75 animals. Yala too is said to be inhabited by about 50 bears. The season to sight these beautiful animals starts in May and goes on till end July. 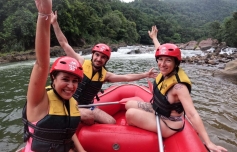